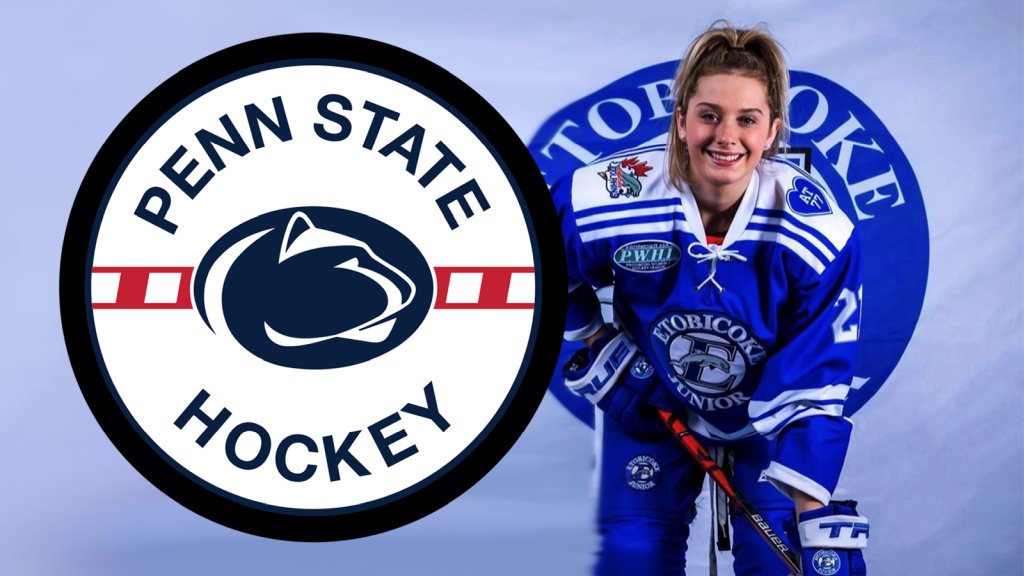 Peak Centre Academy graduate Mya Vaslet marked another impressive milestone in her hockey career this past summer after training at Hockey Canada's National Women's Under-18 Next Gen Team Summer Camp. Selected among 23 “Next Gen” forwards (those born in 2003), Mya earned the opportunity to get familiar with Canada’s National Women’s Program in a highly competitive camp in advance of her freshman season with Penn State Nittany Lions.

Mya joined Peak Centre Academy in 2018 where she received a flexible high school education that fit her busy junior hockey career schedule and needs. With a sports curriculum offered by Peak’s experts in physiology, strength and conditioning, sport psychology, skills analysis, and nutrition --  and the same sport performance services as top NHL and national teams -- Mya was set up for a successful hockey career.

Since then, Mya has been named the “top forward” at the 2019 Canadian Women's U18 National Championship while playing for Team Ontario Blue, she took part in Hockey Canada's U18 Team Summer Camp, and was invited to join Etobicoke Jr. Dolphins for the 2020-2021 PWHL season before the league cancelled the season due to the COVID-19 pandemic. In 2017, Mya committed to a 2021 Penn State Hockey Scholarship, making her the youngest female in Canada at the time to commit to an NCAA Division 1 University. Mya hit the ice in September with Penn State Nittany Lions for their 2021-2022 season.

We followed up with Mya to learn more about her recent successes:

What was your reaction when you got the invitation to Hockey Canada's National Women's Under-18 Next Gen Team Summer Camp?

I was excited and relieved as the year before the camp and Women’s Worlds tournament were cancelled due to the Pandemic.

What were a few highlights from the camp experience?

I and the rest of the U22 players stayed on the floor above the Olympic women’s team who also happened to be in Calgary getting ready to host the world’s. And although we had limited interaction with them, it was pretty cool to see them practice and to be in the same hotel in a close setting.

As well, being with the older U22 women, and competing with them, gave me a good understanding of where I have to be performance and condition-wise.

What did you take away from the whole experience?

How fortunate I was to be selected with these other talented women. And how it all comes down to the small details of the game and what Hockey Canada is looking for to fill roles and positions on the team. Also, where the competition level is and where I need to be as a player.

How do you feel Peak has helped to develop you into the elite hockey player you are today?

Peak was really helpful with my hockey career growth as my travel schedule with the PWHL had me heading to Toronto every second week. The flexibility of going to a private school, and the understanding from the staff that I would miss a few days a month due to travel for hockey, really helped me with getting organized with homework that I could do in the car while travelling.

There was also the on-ice training I received from Peak and Coach Pat Malloy. Coach Pat was and still is my hockey mentor. He really has pushed me beyond my expectations and helped me excel and open up my hockey sense. Pat was a huge part of my growth and success.

What do you like most about Peak Centre Academy?

It was fun! The teachers really cared about their students’ success. Though it seems like “it’s just a hockey school,” it actually was more to me than that.

They let me be the person I wanted to be.

What's next for you with regards to hockey? And what is your ultimate hockey career goal?

I am enrolled at Penn State University in Pennsylvania on a hockey scholarship. That’s where I will spend the next four years, which I am very excited about. Hopefully, in the future, I will keep getting the opportunity to represent my country.

Interested in learning more about how Peak can get you or your child started on the path to achieving your personal fitness and athletic goals? Book an assessment at our Centre or schedule a visit to our Academy today.