Pat is a Canadian National Player Development Coach certified as part of the High-Performance Stream with Hockey Canada and was the first coach in Hockey Eastern Ontario among the few nationally to be granted this designation. Licensed as a Registered Professional Coach and Learning Facilitator with the Coaches Association of Canada, Pat is active in youth, player, professional, and coach education and development.

Professionally, Pat’s NHL coaching experience includes several seasons as a Development Coach for the Buffalo Sabres in the NHL as well as a consultant in Player Development for the Ottawa Senators organization. At the Major Junior level, Pat is a former Player Development & Performance Coach with the Gatineau Olympiques in the QMJHL.

Pat continues to individually consult some of the best players in the NHL, North America, and Europe including many 1st Round NHL draft picks, established NHL players, captains, and major award winners.

For over 2 decades from Initiation through Junior “A” to the National Hockey League Pat has advanced thousands of players to higher levels of achievement. He is a current GM, Coach, and Alternate Governor in the Central Junior “A” Hockey League.

Through powerful communication, collaboration, and emotional intelligence to create dynamic evidence-based processes Pat is a driver of development and performance.

Luke obtained his undergraduate Bachelor of Science degree in Human Kinetics at the University of Ottawa. Over the course of his degree, Luke was required to gather extensive information pertaining to strength and conditioning, exercise physiology, anatomy, as well as nutrition. He was also required to complete a 1-year internship placement as a Strength Coach and Athletic Therapist Assistant, where he gained an abundance of valuable knowledge that he has brought with him to the Peak Centre for Human Performance. Since then, he has worked with a number of professional athletes in leagues ranging from NHL, AHL, ECHL, OHL, NCAA, CrossFit Games, and many more. Being a former Tier II Junior “A” hockey player, as well as a Regional Soccer Player in the Cumberland Organization, Luke knows what it takes to compete at a high level and is greatly determined to help other athletes develop to be the best that they can be.

A native of Ottawa, Alex grew up a lover of all sports but focused mostly on hockey, playing top tier competitive level for all of his minor hockey career. He was drafted into the CCHL, but upon graduation from high school, he decided to give up on the “dream” and left to attend the Sport Management program at Brock University. Alex graduated in 2011 with a Bachelors's Degree in Sport Management and went on to continue an extended internship with a concussion charity in Toronto founded by Keith Primeau - StopConcussions. He was responsible for administering their education and prevention platform through various events and marketing efforts with the goal of raising awareness and funds for concussions and research.

After about a year of this, Alex returned home to Ottawa and jumped on board with Peak as an on-ice hockey instructor for the first summer, eventually moving up into the office and into his current role as manager, or as most know him – “Jack of All Trades”. He really enjoys interacting with athletes of all different sporting backgrounds both with the Peak Academy and the Peak Centre clientele. Around the same time as coming on board with Peak Alex got back involved in his hockey roots - spending 5 years coaching young minor hockey players in the Nepean Raiders organization.

Athletically, Alex has switched gears from his hockey roots and into the endurance world, taking on the new challenge of becoming an age group athlete in the sport of triathlon. In the past seven years, he has competed in 25+ endurance events ranging from sprint triathlons all the way to his first Ironman in 2018. He really enjoys the challenge of competing against his own times, along with the social aspect of the endurance community… nothing beats a post-ride coffee (or cold pint!) with friends! 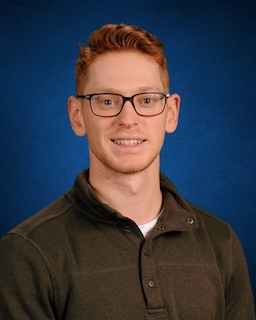 Nick recently joined the Peak team in early August of 2021 shortly after graduating from Brock University where he earned his Bachelor’s Degree of Sport Management. Nick’s previous work experience includes him being involved with the City of Ottawa Summer Camps where he maintained his role as a camp coordinator for four years. Within this role, he was responsible for planning and carrying out the entire summer curriculum while also constantly interacting and communicating with parents, campers, and staff. In addition to this, Nick secured an internship in the last year of his undergrad where he was involved in the sales and business operations of a sports equipment and apparel company. Now being involved with Peak, Nick is beyond excited to start his professional career.

Growing up, Nick was extremely active and enjoyed his involvement in various sports including soccer, baseball, and hockey. For the majority of his young life, Nick mostly gravitated towards hockey where he played competitively for 8 years within the Nepean Raider’s Minor Hockey Association. During this period Nick became familiar with the dedication and work ethic needed to be successful in school and also at the rink. In his spare time, Nick enjoys golfing, staying active, and meeting up with friends. 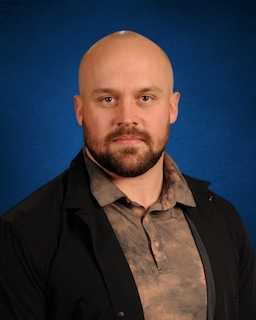 Alex, also known as "Moose," played in the Ontario Hockey League and then in the CIS/U Sports ranks for Nipissing University. Here he attained a Bachelor's Degree in Physical Health and Education and transitioned into the Strength and Conditioning Coach for both the men's and women's hockey teams. A Master's Degree in Applied Exercise Science from Concordia University Chicago was then attained. Throughout his graduate studies, while focusing on many practical aspects of human performance, much attention was spent on sports-related concussions and return-to-play measures (such as heart rate variability and sub symptom aerobic exercise).

From youth to professional athletes/teams, Alex has several years of experience helping optimize their development and performance (in the NHL, CHL, U Sports, NCAA, etc...). Using this experience Alex aims to be a resource for all things sports science and strength and conditioning at Peak Centre for Human Performance and Peak Academy. His philosophy, in summary, is 'educate, empower, optimize'."

Come and see how we work to create our champions!

Come be a Champion!